PUBG is tough. If you want to win in this game, you are going to need some serious skill. That being said, it can be done.

Being good at PUBG requires patience, strategy and practice above all. Taking advantage of the tools the game gives you is an important first step. For instance, there are ways to make better use of your camera angle. There are even ways you can improve your game by playing barefoot.

In the end, there are a lot of tips and tactics that most PUBG players aren’t thinking about. Check out these tips so that you can have a major tactical advantage over all the rest.

1. Take Advantage of the Camera

This may seem like a simple tip, but it can make all the difference. You need to be using the third-person camera.

When playing in the classic third-person perspective, you can take advantage of your camera in ways other perspectives simply can’t. There will be plenty of times when players will hold up and wait to ambush unsuspecting enemies.

But, you can minimize these unwanted surprises by turning your camera just before you take any turns around buildings or obfuscating landscapes. By doing this, you will be able to peek around corners without exposing yourself to harm.

2. You Can Glide Farther Than You Think You Can

There are a lot of unorthodox gliding tactics out there. However, nearly none of them work. Luckily, there is a way you can boost your glide time.

The first step is to activate your parachute as soon as possible. Then, you will have to repeatedly oscillate your trajectory forwards and backward. Try to maintain a speed of roughly 22 km/hr for optimal performance.

Check out the video below for a breakdown of the concept.

When it comes to playing PUBG, the first and last threat you will face is “The Blue.” This menacing, constricting boundary circle is out to get you from the very start. Luckily, you can actually use it to your advantage.

The blue circle acts as a prodding tool to force players to interact in the later stages of the game. Any player caught within the blue area will take damage and eventually die. As the game continues, the blue area will spread across more of the map and will become more lethal over time.

There are eight stages to “The Blue.” Check them out below.

Knowing these values is crucial if you want to best utilize “The Blue.” During late game, you will have to avoid the electric death wall. It simply deals too much damage.

However, you can boost yourself with consumables to aid your healing and then camp out in the blue area during the early stages of the game. The blue zone deals significantly less damage at the beginning of the game and few players will consider the possibility that another player is willingly camping out in the blue zone.

By staying out in the blue zone for a bit, you can avoid unwanted attention and even get the drop on an unsuspecting enemy.

Sure, you can try to spend your time picking off your enemies. However, you will draw an incredible amount of attention to yourself in the process.

As a result, you will quickly find that the tables have turned and you are no longer the hunter. Rather, you are being hunted.

Engage only on occasion. If an enemy is zeroing in on some powerful gear that you are trying to get your hands on, take them out quickly and nab the loot. Otherwise, spend your time patiently hoarding gear for the late game.

This is a pretty big deal. Many players will try laying prone in a field to hide from their enemies. However, it really isn’t all that effective.

Depending on the scopes your enemies are using, they can likely see for hundreds of meters. Unfortunately, grass is no longer visible at the 200 meter mark.

Consequently, you will easily be spotted laying down on the dirt from any marksmen over 200 meters away. Bushes, on the other hand, will mask you incredibly well at any distance.

This unorthodox ritual may seem silly, but it can save your life. Whenever you are hiding behind a tree, looting an enemy or healing yourself, you should also be wiggling.

The concept of the wiggle is to make yourself a more difficult target at all times. Whenever you are looting an enemy or motionlessly hiding, you are an easy target for any enemy that has caught sight of you.

However, wiggling your character by fidgeting on the WASD keys will keep your character’s motions unpredictable at all times. This way, it will be far more difficult for any enemy to land a game ending headshot.

7. Know How to Prioritize Your Vests and Helmets

There are two pieces of gear in particular that are important. They are vests and helmets. If you do not find some quick, then you will likely have difficulty surviving for very long.

Like other items, vests and helmets come in different levels and conditions. A level three vest or helmet will be capable of negating more damage per round than a level one vest or helmet. However, you will sometimes find pieces of gear that have already been degraded.

A degraded piece vest or helmet has already seen use in combat and consequently has become close to breaking. This creates a conundrum. Should you prioritize the gear’s level or its condition? Well, it depends on which piece of gear you are talking about.

You should always pick higher level helmets. Even if the helmet is in bad condition, the important thing is that it can negate as much damage as possible from a single round. The last thing you want is to be taken out of the game because of one well placed headshot.

When it comes to vests, however, it is all about how much damage the piece of gear can absorb overall. As a result, you will want to prioritize the condition of the vest above all else.

As mentioned before, you can use “The Blue” to your advantage. Even if you do not want to camp out in the damaging area early on, you can still make it work for you rather than against you.

If you do not want to play inside the blue area early on, always play with the blue area just to your back during the early game. This is useful for a few reasons.

For starters, the blue zone does not move very quickly during the early stages of the game. As a result, you can easily move with the zone as it closes in. Keeping on eye on the zone will help you keep tabs on how the game is progressing and where you need to be in order to avoid the wall of death.

9. Try Playing Barefoot If You Are Camping With a Squad

Sound is an important element of PUBG, especially if you are playing with a squad. Sometimes it can be difficult to differentiate the sound of an approaching enemy and the scuttling around of your teammates. Luckily, there is a solution.

Another really useful way to harness the advantageous power of sound in PUBG is to invest in some high quality, surround sound headphones. Doing this will allow you to be able to pinpoint precisely where each noise is coming from.

When you aim down the sight of your weapon, the weapon’s zeroing distance will be displayed. This value will usually range around 100 meters.

This value is the maximum distance you can fire your weapon without having to adjust your aim. In other words, bullets will land precisely where the sight is pointing up to that distance.

If you fire at a target farther than that distance, then you will have to actually aim above or beside the target. Every weapon is different, so it will take some time and practice before you understand how every gun operates.

However, understanding this concept is the first step to becoming a better marksman. 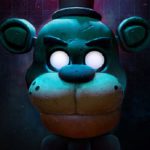 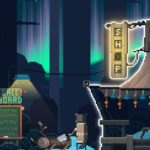