It's time to bring you Dauntless experience to the next level.
May 29, 2019

Epic Games’ new free-to-play behemoth slayer Dauntless is out now. Filled with raging monsters and wonderful experiences, players are now picking up their controllers and flocking to their keyboards. With that in mind, we have developed a quick guide of useful tips for all of the passionate Dauntless fans out there.

There are a number of weapons to choose from in Dauntless. That being said, all weapons are not created equal. Here is a quick breakdown of the top five weapons in Dauntless.

Take Advantage of Your Flares

This is a simple tip, but an effective one. When you and your team and faced with the initial task of hunting down a behemoth, split up. Then use one of your flares whenever you find one of these massive monsters.

This is a great way to alert your allies to the location of their first quarry. You will cut down on your hunting time by using this method, allowing your party more time for the fun part of Dauntless.

If you want to bring your Behemoth slaying skills to the next level, then you are going to want to grab some high quality armor. Here are the top five armor sets you should keep an eye out for.

Dodge Rolling Can Save Your Life

Dodge rolling is a great defensive tool in Dauntless. In fact, the technique can make you momentarily invincible.

There are a handful of frames during the rolling animation that make your character invincible. Use this technique to your advantage by staying quick on your feet and timing your rolls with behemoth attacks.

Stay Neutral During the Early Game

There are five elemental types within the world of Dauntless, being frost, shock, blase, terra and neutral. Neutral, more accurately, is the non-existence of one of the other elements. Consequently, using a neutral weapon may at first seem like a disadvantage. However, these weapons will uniquely be well equipped to deal with any and all enemies.

Eventually you are going to want to expand your arsenal to include weapons of every variety. For the early game, however, try to stick to the neutral weapons. It will be costly and difficult to garner effective weapons of every elemental type early on. 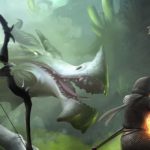 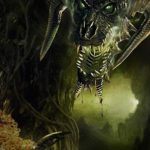