Mordhau has quickly grown into one of the year’s biggest medieval hack ‘n slash titles. Featuring a sophisticated control scheme and an in-depth system of elaborate combat mechanics, Mordhau provides players with a new and exciting level of medieval combat. With that in mind, things have become pretty competitive in Triternion’s latest title. If you want to find success in this expansive combat multiplayer, then you are going to need the right equipment. To that end, we have developed a tier list for each of the weapons in Mordhau. Before diving into our tier list, check out our breakdown of the list below.

Mordhau has a somewhat complex weapons system. When equipping items in Mordhau, you are given a certain number of slot points. Each equipable item is given a point score and is added towards your total slot points. The amount of items you equip cannot exceed your slot point total.

To organize this tier list, we have provided five tiers that range from an S ranking to a D ranking. The weapons are organized based on their popularity and prowess within the modern gaming meta. Consequently, a 1 point weapon may rank higher than a 7 point weapon. That being said, Mordhau is a well balanced game. Consequently, you will likely be able to find success with any weapon from the game’s arsenal. 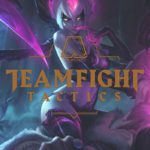 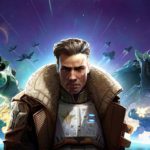 Big Tips for Ensuring Your Victory in Age of Wonders: Planetfall – A Beginner’s Guide