Here's how you can ensure you get the ending you've been striving for.
June 29, 2019

Charles Reed ends up getting involved in far more than he bargained for in The Sunken City. Initially the investigator in a murder case, Reed’s journey eventually ends with the character making a decision that will radically affect the entire world. If you want to learn how to achieve each of the three different alternate endings within the game, check out the information below.

First, simply continue through the main story until you reach the “Into the Depths” mission. You will then need to locate all three Kayfingers, as they are part of an important seal. Next, make your way to the temple Cthygonnaar hidden beneath the city.

In order to do this, take a seal to the St. Michael’s Church in central Advent. After making your way underwater, you will eventually find yourself in front of a massive statue. At this point, you will be ready to make your decision.

There will be three pedestals before you. The pedestal you choose will determine which ending you achieve within the game.

Take the leftward path and you will once again be faced with a pair of visions that need to be correctly ordered. The visions should show Reed placing the seal and then heading for the nearby ledge. This will restart the cycle, presumably saving the world for a time.

Take the rightward path and you will come across another pair of visions that need to be ordered. This ending will result in Reed simply leaving the city and returning to Boston to carry on with his life. If you choose this ending or to break the cycle, you will ultimately be leaving the city to its fate.

How to See All Endings With a Single Playthrough

The decisions you make throughout the game have no effect on the ending. Consequently, you can create a hard save file just outside of the alter and reload the save file every time you would like to try a different ending. Luckily, doing this will also earn you every achievement tied to the game’s alternate endings. 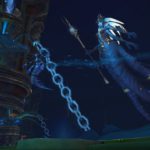 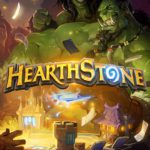