It was just recently announced that a remake of The Legend of Zelda: Link’s Awakening will be dropping in 2019. I have never played the original, but from what I saw in the trailer, this game looks beautiful. The sequel to A Link to the Past, Link’s Awakening deals with hero Link stranded on a strange island after washing ashore while out at sea. I am excited to this specific Link’s story and see what his destiny holds for him.

After the success of releasing A Link Between Worlds (which was basically a remake itself), it seems like a no-brainer for Nintendo to release a remake of Link’s Awakening. Originally released for the Game Boy, this remake is a great fit for the Nintendo Switch system, which can be played as a console or in mobile form. The game looks absolutely stunning and I can’t wait to get my hands on it.

The trailer for this game begins with a cartoon scene set at sea. There are massive waves and lightning and thunder are present. Suddenly we see our green tunic-wearing friend struggling to control his boat. A flash of lightning zaps the boat, and before we know it, Link is hanging on to driftwood just off of a strange island with a huge volcano with a massive Yoshi egg on top of it.

Next, we see snippets of gameplay, and the visual style of the game looks pretty similar to A Link Between Worlds but more cartoonish. I think the visual style looks amazing, almost as if this is what A Link to the Past would look like if it came out on console today. The game visuals bring back so much nostalgia, and I think those who have played past Zelda titles will really appreciate this.

We see some short glimpses of dungeons and other enemies, and something that sticks out to me are the fact that there are some Mario villains in this game! We see a chain chomp and some goombas that Link can jump on top of to defeat, just like our mustached plumber himself. Link even appears to have some sort of jumping ability as well. I think it’s so cool how this game features enemies from other video game, and it makes it seem like the games exist in the same world.

This game seems so different from most other Zelda games that I have played, especially it not being set in Hyrule. I am excited to finally get the opportunity to play this celebrated game that I have never had the pleasure of playing before. In a day of so many remakes, I am truly pumped up for this one and can’t wait to get my hands on it. 2019 is looking like a good year so far. 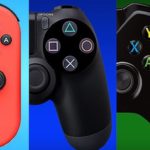 Games are Really Easy now… and That is a Good Thing 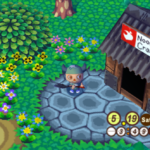