It can be a lot to figure out what to play in Warhammer 40k: Darktide. The operators, which are the primary top hierarchy for the class, all come with drastically different playstyles. A Preacher will do mostly melee while a Sharpshooter will do mostly ranged and there isn’t much in-between. What you pick is what you play.

The good news is the game gives you multiple character slots so you can go in and play whatever operators you’d like. You can also make an operator, try it out for a bit and then reroll and skip the cutscenes and get all the starting progress made up in about 30 minutes. Don’t ever hesitate to try another class!

Below we’re going to break the operators into our best generalist picks (i.e. you want to do everything on a single character) and then explain what the best specializations are. We also give you some class tips and a quick overview of what they all offer to help you pick your class in WH40k: Darktide.

One neat thing to note: the background section of the character creation is only for the dialog system. It all means something in the general roleplay of your character, mission dialog and mission banter but it doesn’t matter outside of that.

We’ve included the coherency buff information but I wouldn’t make that a decision maker in which operator you play. Coherency is a buff applied when you’re near allies to encourage players to stay grouped together.

Hey and if 40K is a bit much, why not enjoy a relaxing game of fantasy Mordhau?

The Psyker is going to give you a kit that lets you choose your playstyle for each mission. Blitz removes your need for grenades, which means you get infinite grenades and never have to pick any up. Get in up to 4 Brain Bursts and fill your warp charge to reduce Peril and deal tons of damage. Like Fire Wizards in Warhammer Online, they can self immolate if they draw too much from the warp. Unlike Fire Wizards, this isn’t a DoT per se, but if you get your Peril to 100% you are basically downed. That’s the only drawback.

Otherwise you have everything you need to do everything in the game. The playerbase considers them more single target elite killers, but at the end of the day that’s going to be the biggest challenge compared to hordes, etc. Plus with the Psykinetic’s Wrath you get some strong AoE + the ability to wield staves.

The Preacher has some good damage output, a reasonable kit and won’t die easily. You get a stun grenade that lets you just decimate hordes. You get damage as you lose health which makes just throwing yourself into the mix easy as pie. Until Death will actually save you from one downed every 90 seconds and makes you invulnerable when you’d otherwise take lethal damage.

Combat Axes and Autopistols are the weapons here along with flamers and eviscerators. A super fun class with a great kit.

Chastise the Wicked is a toughness heal and a guaranteed crit strike.

If you just want to do melee and melee only then the Ogyrn is the choice. We’re talking short range cannons and just rushing into the horde and going wild. Lots of focus on crowd control, staggering and suppressing enemies along with general hardiness. Ogyrns are generally the ones to revive downed players since they can take some of a beating.

Big Box of Hurt clears hordes out easily. It throws a ton of grenades out all at once.

Bull Rush, the operator ability, allows you to rush at enemies and move faster for 5 seconds.

This class is for those who only want to focus on guns and do as little melee as possible. This is a role I would suggest only for those who want to learn the missions and the enemy types. The Sharpshooter doesn’t really come in handy for hordes and their Elite damage is alright. Where they come in at is taking out all the annoying enemies that spawn in all the annoying places on a map that snipe your allies.

So really only pick this class if you don’t want to get into melee unless you have to and are alright working on specific targets to help your allies. I’d rank this class last in regards to just picking something to play.

You get 40% more ammo with Be Prepared. Volley Fire is a 5 second attack, focusing on elites and specialists. The grenade is a frag grenade and it is on a timer. 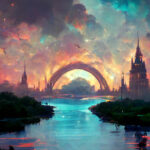 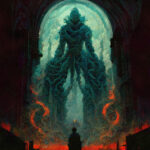