Guide: How to Farm Loot in Path of Exile — Guide and Tips to the End Game

Want to build up your resources in Path of Exile? Check out our guide down below.
November 13, 2022

Grinding Gear Games’ free-to-play RPG Path of Exile has garnered a hardcore fan base over the years. With the title having just recently been released on PS4, the game has garnered a brand new resurgence of players. With that in mind, we have developed a detailed guide concerning end-game farming methods for this Diablo 2 inspired looter.

Overview of Farming in Path of Exile

Path of Exile is largely similar to Blizzard Entertainment’s critically acclaimed Diablo 2. That being said, Grinding Gear Games’ title is certainly no clone of the famous RPG. In Path of Exile, there is no straightforward currency of gold or precious gems. Rather, players collect mountains upon mountains of gear as they march on through the game.

The gameplay of Path of Exile largely centers around loot drops. Players pick up new and improved pieces of armor, weapons and stat boosting accessories. The currency of the game, however, concerns other items.

Along with the items mentioned earlier, loot drops also feature usable items. The lowest tier item is the scroll of wisdom, which allows players to identify magical weapons and other powerful gear. The scroll of wisdom is also used as a form of currency to trade with NPC vendors and to be traded with other players through the in-game marketplace.

Chaos Orbs in Path of Exile

As the loot drops within Path of Exile are randomized, trading currency is usually the easiest way to obtain powerful gear. However, the scroll of wisdom is only one example. In fact, the standard currency among players is the Chaos Orb. This item can re-roll random stat modifiers for any rare piece of equipment.

Chaos orbs are somewhat difficult to come across and quite useful to a high level player, making them quite fitting as a currency among player characters.

In this guide, you will learn how to farm chaos orbs, exalted orbs, maps strongboxes. With these tips and tricks, you will be able to foster some high-level loot that will leave other players jealous. Lastly, we will go into some detail about an effective build for your character concerning farming loot in Path of Exile.

How to Farm Chaos Orbs

When you sell items to an NPC vendor, you will receive certain currency items in return. These items can range from scrolls of wisdom all the way to chaos orbs. If you want to earn chaos orbs from these vendors, then you will have to follow one of these recipes.

When trading with a vendor, you will need to sell an entire set of gear in order to achieve anywhere from one to two chaos orbs.

An example of an entire set of gear can be seen within the photo below.

For a complete set, you will need a pair of gloves, boots, two rings, a necklace, helmet, belt, armor and either a single two-hand weapon or a single one-hand weapon and a shield. The trick, however, is that each piece of gear must be uncommon (yellow) and almost every piece must have an item level higher than 60. At least one of the pieces of gear must be between level 60 and level 74.

When trading all of these items as a single set, you will receive a single chaos orb. If each of the individual items has a +20% excellent quality, then you will earn two chaos orbs for the transaction.

In order to get the best bang for your buck, however, you will want to sell the set mentioned above before identifying any of the items. A full set of unidentified, uncommon, level 60+ gear will sell for two chaos orbs. If each piece of the set has a +20% excellent quality, then you will earn three chaos orbs for the trade.

As much of the loot drops in Path of Exile are randomized, this is the only sure enough way to garner chaos orbs. You will also randomly gain chaos orbs from continuously raiding different areas of the game. Another strategy for farming these orbs concerns farming maps, which will be discussed later within this article.

As far as farming the necessary gear to trade for the chaos orbs, you can find 60+ level gear in any area of level 60 or higher. Consequently, it simply comes down to progressing far enough into the game to unlock these higher level areas and then repeatedly looting for the gear.

How to Farm Exalted Orbs

While the chaos orb is generally considered standard currency among Path of Exile players, the exalted orb is far and consequently far more valuable within the player market. If you want to farm for this highly sought after currency item, then you are going to have to work for it.

One of the top ways to earn exalted orbs is simply to raid for them. Burial Chamber locations are great places to raid for exalted orbs. The drop rate is still low, but these locations still provide superior odds to many other options.

Another way to earn exalted orbs is to farm maps, which is the next topic of discussion.

How to Farm by Mapping

Maps are not only playable areas, but also end-game items within Path of Exile. This is the primary way to farm most high-level loot with the game.

Once within the laboratory, you will find a device that allows you to place your maps within it. Once you have placed the map item, the item will be consumed and a playable area will be made available.

Just like other items, map items come in different rarities and at different levels. While maps exist at many levels and can be of the normal, magic, rare or unique rarity, most high-level players ignore maps of levels lower than 66 or of rarity values lower than magic.

When using a map, some would suggest to always use an Orb of Alchemy when applicable to greatly boost the effectiveness of each map. However, there are more efficient ways to improve each map. This will be discussed below. Beyond that, you get a bonus to item drops when using an unidentified map. Consequently, you really shouldn’t identify any of your maps before using them.

When looting in a map area, look out for the gear mentioned under Chaos Orb farming, as this is one of the best ways to earn the gear you will need to trade for the currency items. Beyond that, currency items will randomly drop in map areas. However, the drop rate is not terribly high. Still, make sure to keep an eye out for any chaos orbs or exalted orbs.

In order to improve the drops provided by each map, you will want to do a few things. Depending on the map’s rarity, there are certain quality improving currency items that should be applied to the map to ensure maximum efficiency when farming each map area. Check out the list below to determine what precisely to do depending on the map’s statistics. Also note, that the listed items need to be applied in the order stated.

The graph below was made possible thanks to the source gamegate2k.com.

Through experience, it will become clear which modifiers best achieve the results that you are looking for and which map modifiers give your character the most problems. At any rate, the item usage provided within the graph above is a great footnote for when each map will be worth your resources.

Looting Strongboxes in Path of Exile

Strongboxes can be found throughout the world of Path of Exile. Consequently, you will want to have Transmutation Orbs, Alteration Orbs, Augmentation Orbs and Vaal Orbs on hand for whenever you run into one.

When you have discovered an Arcanist’s Strongbox, Artisan’s Strongbox or a Diviner’s Strongbox, you should re-roll the strongbox until you either earn an “of Abundance” modifier or a “of Bounty” modifier.

When confronted with a Cartographer’s Strongbox or a Jeweller’s Strongbox, rinse and repeat the process just described. However, corrupt the strongbox with a Vaal Orb at the end.

Raiding strongboxes can be a great way to farm gear for trade when you need more chaos orbs.

When it comes to building a character in Path of Exile, there are many different ways to go about it. This build is based on optimizing your item farming capabilities.

This build was provided by gameplay.tips.

The skill tree set up you should aspire for may be seen here. The gear setup can be seen within the graph provided below, as provided by gameplay.tips.

As far as abilities are concerned, you are going to want Cyclone, Ancestral Warchief, Vengeance, Leap Slam, Blood Rage, Hatred, Blasphemy and Enfeeble abilities. Try to boost attack speed on the Leap Slam, as this will be a swift way to travel around.

You can boost item rarity for the Cyclone and the Ancestral Warchief while focusing on melee physical damage wherever you can for all of the skills.

If you follow this guide, you should be able to accrue currency and high-level at a rather swift and efficient pace. After all of that is said and done, you can take that currency to the player market within Path of Exile to score some high-quality gear. Here is a list of every unique item in the game, just in case any of them catch your fancy.

Every Unique Item Within Path of Exile 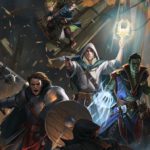 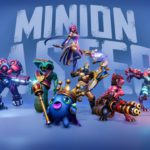