Rick and Morty co-creator Justin Roiland is at it again. This time around, the brilliant mind behind of the television’s top animated comedy’s has decided to take a crack at video game development. Developed by Squanch Games, Trover Saves the Universe features the same witty humor fans have come to expect from Rick and Morty. This time, however, the experience can be found in virtual reality. Released for the PlayStation 4 and PlayStation VR, Trover Saves the Universe features a hilarious story about eyeholes and a dognapper. Yes, you read that correctly.

For those diving deep into Justin Roiland’s latest creation, check out the achievement list for the game down below.

1. Thanks for your money suckers

“Do everything. Now go preorder Trover 2, you little popsicle stick.”

To earn this platinum trophy, earn every other trophy within the game.

“Bounce a ball 25 times in the apartment, because apparently that’s more fun than the actual game.”

After the first dream sequence, look through Chairorpian’s home. You will find some toys. Among them, you will find the pink ball you need to bounce 25 times.

“Kill all of Tony’s pets… I’m tired of them pooping on my lawn.”

Find the upgrade vendor Tony in Shleemy World. Near the vendor will be some fenced in creatures that you need to kill.

4. Jesus, Are You Still Listening To This?

“Listen to the entirety of Pop Up’s introduction, and ignore the homeless man being murdered outside your door.”

At the beginning of the Shleemy world, you will be introduced to Pop Up. Do nothing. Simply listen to Pop Up until the achievement appears.

5. You Almost Solved It! Keep Going!

“Press the buttons on the Puzzle Tree over 50 times, ’cause you don’t know how to listen, you cute little popsicle stick.”

After earning the chair upgrade within the Shleemy world, you will find yourself in a trunk. You will be faced with a trio of puzzles. Solve the first two puzzles. You will then be met with an unsolvable puzzle which you will need to interact with 50 times.

“Let the two arguing clones kill each other and then don’t report it… This isn’t game for snitches!”

You will need to head to the Shroomia world for this one. After making your way down from Doopy Dooper’s, you will eventually come across two blue clones. Don’t intervene. Let them kill each other.

“Escape Doopy without putting boxes in the garage, because charity work is lame and you’re not lame. You’re a cool little popsicle stick, aren’t you?”

Doopy Dooper will try to scam you. She will ask you to move a group of boxes from her garage. Don’t listen to her demands. Use the boxes to make your own platform as necessary.

“Collect the clone DNA in under 10 minutes. That’s it? That’s all they have to do? Man, we’re just giving these things away.”

Use the glass bowl on Shroomia to collect clone DNA by placing it near the group of tents. You will have ten minutes to collect them all.

“Kill every villager. That’s right, we celebrate violence! What do you think about that mom and dad?!”

You will need to track down Voodoo Person near Vanilla Village for this one. When she asks you to kill everyone within the village, do as she asks.

“Don’t kill any villagers, because God forbid you do something out of the ordinary!”

Reload the game from where you meet Voodoo Person. This time around, show mercy by not killing the villagers. Simply return to your pod and press the red button to unlock the trophy.

“Jump Trover into the Acid Lake 5 times. How is this even a trophy?”

Make your way to Flesh World for this trophy. Jump into the lethal green goop five times.

“Instead of feeding the poor, feed Gail’s roommate in under 5 minutes!”

Within the third area of Flesh World, you will discover Gail’s roommate. Listen to what the roommate has to say and feed him appropriately during the upcoming five minute challenge.

“Witness Donny’s death, then write an essay about it for your college application.”

After feeding Gail’s roommate, make your way through the passage he was obstructing. Help Trover out of his predicament and them keep moving forward. You will eventually stumble upon a blue creature named Donny. Speak to him.

“Glorkon mixed the world! Wait, they get a trophy for that? It’s just a cut scene. They didn’t do anything… God, this is so dumb.”

Head to Tech World for this trophy. After collecting Crystal Babies, Glorkon will appear and reveal that you have fallen into his trap. You don’t need to do anything. The trophy will unlock.

“Beat Glorkon without getting killed by anyone… Including me. That’s right, I’ve been hunting you.”

You will have to make your way to Glorkon’s Base so you can face off against Glorkon. However, you cannot die at any point during the boss battle.

“You got the final upgrade! You’re all sticky, like a popsicle stick!”

Make your way to the Afterlife World. Speak to Upgrade Tina near the end of the level. Then, zoom in on Upgrade Shweppy to the right of Tina. Simply stare at Shweppy until the trophy unlocks. A video on obtaining the final upgrade may be viewed below.

17. Really? This Game’s Not That Good

“Replay the game, instead of getting a real job.”

“You beat the game! You can die a happy now, you slimy, little popsicle stick.”

This will unlock when you speak to the Boss in Afterlife World.

19. BBALL IN THE BBALL HOLE

“IT’S BBALL TIME IN THE BBALL HOLE PLACE! MAKE ONE BBALL BASKET IN THE TELEPOD LIKE A GOOD LITTLE BBALL BOY OR BBALL GIRL!”

To the left of the door within the telepod is a basketball. On the ground near the basketball are paper balls. Throw one of the paper balls into the nearby basket.

To the left of the door within the telepod is a basketball. On the ground near the basketball are paper balls. Throw ten of the paper balls into the nearby basket.

“What the hell is the matter with you?! You actually made 100 baskets?! What are you a sociopath?! How long did this take you?!”

To the left of the door within the telepod is a basketball. On the ground near the basketball are paper balls. Throw 100 of the paper balls into the nearby basket.

“You killed a NPC. That’s gonna affect the whole game! That’s right, your actions have consequences this game!”

You will need to kill a single NPC.

“You did it! You killed every killable NPC! You’re certified, psychopathic killer! Someone should probably call the police…”

A video featuring every killable NPC may be viewed below.

“Collect all Power Babies in the game. Then prepare to have your shnudler ringled!”

You must find all of the Power Babies within the game and then dump them within the pod’s vortex. A video featuring each power baby location may be viewed below. 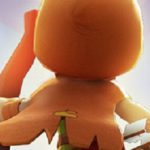 How to Boost Your Energy, Farm Gems and Earn the Best Weapons/Abilities – Top Archero Tips for Beginners