SMITE is bigger than ever. Wielding one seriously dedicated and talented fan base, parent company Hi-Rez Studios recently launched SMITE into its eighth season. With the SMITE World Championship continuing to dish out massive $1 million prize pools, players are getting more and more hyped with each ensuing tournament. Just to spice things up more, the creative team behind the massive franchise continues to throw in new playable characters for gamers to enjoy. With that in mind, the time has come to take a look at the Game Truth original SMITE season 8 tier list.

Now that we’ve gotten that out of the way, check out the latest version of the Game Truth season 7 SMITE tier list down below. Feel free to voice your thoughts on the list in the comments. Do note there is no “perfect tier list” except in rare occasions of improper game balance, but we believe you will have the power you need with Tier A and above.

November 16th update moved Isis down and Jing Wei up. No changes for December, outside of adding Heimdallr to A ranking while he’s being evaluated.

Patch 7.1 updates have been added. Thor and Bastet have been bumped up. Heimdallr is probably one of the best champions in the game now. Small changes for 7.1.5. Cthulhu is going to join soon, so we’ve added him to the top based on what we’ve seen so far.

Patch 7.7 is the Avatar skin release. They are just skins, not new avatars. However, expect Susano, Skadi and Merlin to be played a lot and plan accordingly.

November: Season 9 will see an almost complete rework of the tier list. We should be seeing Season 9 drop soon. With the last I believe championship over, I’d suggest playing whatever you want to play right now because Season 9 will see major buffs to many characters in the lower tiers. Get some practice in now!

Season 9 Tier List Now Available. We’ve updated our tier list a few days before the new season, because in general most of the same gods work in the same slots. Shiva will start the season as SS tier. 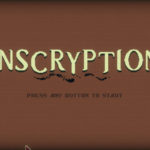